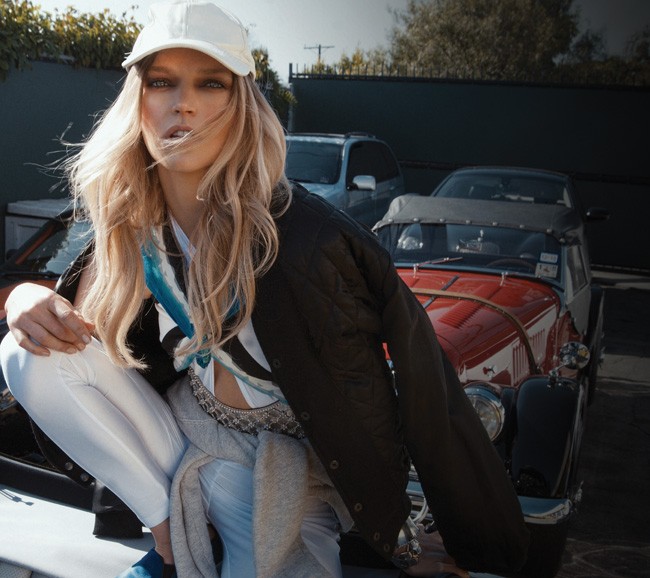 Posted at 05:42h in Interviews by Focus 0 Comments
0 Likes

A supermodel on a mission to bring out the super model in everyone.

“Most people think models are unhealthy and that looking like a model is an unattainable thing. I disagree. I believe every person is just as beautiful as any supermodel”

When did you start modelling? How did it come about?
I graduated early from college and came to California to go to business school at UCLA Anderson. People thought I was really smart, but truly I was just a massive overachiever. I was “discovered” as they say in modeling, at a Starbucks in Hollywood by a photographer who ended up tricking me into going to a modeling agency where I was signed that day. My first official photo shoot then became a magazine cover. Instead of starting business school that September, I did my first Fashion Week circuit in New York, Milan, and Paris. It was a total disaster! Ha, ha! I was so nervous and insecure. I had no idea how to walk or dress or anything. I actually quit modeling after that, but was convinced to give it one more shot. I’m glad I did.

What has been the highlight of your career?
The highlight of my career? Funny, I don’t think we as humans are ever really satisfied. I have done amazing jobs and have had the honor of working with and for some amazing designers, brands, and magazines. There are jobs and moments that stand out more to me, like opening a private celebrity Armani Privé show and walking in a Christian Dior show where they shut down one of the most famous temples in Kyoto. It’s also gratifying to see your face on magazine covers, buses, billboards, and other things, but what I am most proud of is my book, Supermodel You: getting it published and being able to say that it was a bestseller. 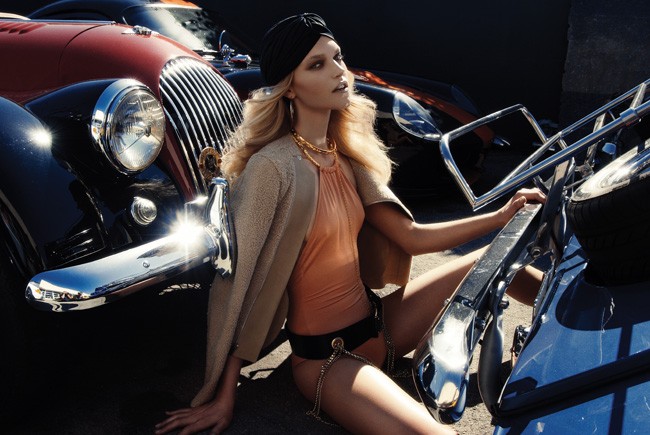 What is the typical schedule for a photo shoot?
There is nothing typical about a photo shoot or any modeling job. It really varies. Photography depends a lot on the lighting. So if you are shooting outdoors, for example, you would shoot according to the lighting that is most desired for the look they are wanting. A few weeks ago we shot at this beach location and the photographer knew he wanted a certain kind of light that you only can get in the morning before the sun gets too bright. Because of this, our call time was really early. We needed enough time to do hair and makeup and still drive to the location. The good thing is that we were done shooting by 12pm. On the contrary, I have also shot a job where the photographer desired a sunset shoot, so we didn’t start hair and makeup until later in the afternoon and our first shot wasn’t until almost 8pm. This same shoot also required a sunrise shot, so we actually had to wait all night for the sun to come up at 6am. I took a power a nap in the car! Beauty sleep is very important to a model and it’s also a key in my book.

Who are your favorite designers?
One of my favorite designers is Olivier Theyskens. I first met him in Paris when he was designing for Rochas. I saw him again when I walked in a Nina Ricci show for him. He is now designing a capsule collection for Theory. There is a magical energy about him that translates in his work and this is what I love the most about him. I am also a huge fan of Alexander Wang. I opened his first show in New York and I am very proud of his success. Both Alex and Olivier have something magical and extraordinary about them which is why I believe they are so successful. But honestly, most designers are all extraordinarily creative people. I appreciate every designer.

What is your book about, and what was your aim in writing it?
Supermodel You is a health and fitness book. It’s about aligning with the supermodel version of yourself. It’s not about how to be a supermodel or look like a supermodel. It’s about looking and feeling your best, which I call your supermodel self. We all have this higher self version of who we want to be. I believe we are this person and Supermodel You gives you the keys to become that person. The book is based on 5 keys that models live by, and by adopting these keys into their life enables the reader to align with their best self. Most people think models are unhealthy and that looking like a model is an unattainable thing. I disagree. I believe every person is just as beautiful as any supermodel and I want people to walk away from reading this book feeling amazing about themselves, loving their body and loving who they are. It’s very empowering. It’s a good read. It’s smart. And it’s also funny.

Sorry, the comment form is closed at this time.