Former child actress Ashley Peldon can help you create a custom fragrance based on your memories.

I remember being on the set of The Crucible at thirteen years old.  I was clothed in 17th century wardrobe, complete with a bonnet and a heavy woolen dress. While waiting for my cue to run into the mud, I could smell the fresh Boston sea air, the acrid tang of the muddy water, and the faint scent of Craft Services. I recall the thrill and excitement of being a part of something as magical as the entertainment industry. 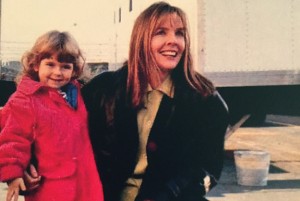 I was fortunate to have been a working actress for over twenty years.  I began acting at three years old, following my older sister into the industry. At six, I became the youngest child nominated for an Emmy award. I loved acting and felt blessed to be continually working in films (Drop Dead Fred, Ghost World) and television (The Pretender, That 70’s Show). My family was very supportive of my career and they encouraged me to pursue higher education.

I was faced with the question of what to study.  I knew a passion for psychology had been alive in me since I was seven years old.  At seven, I starred in a controversial film called Child of Rage based on the true story of a young girl who was severely abused and consequently developed a mental health disorder. I became aware of counselors and the power of psychology from the film and I started advocating for child rights and protection. The decision was clear, and soon I was juggling earning my bachelor’s degree in psychology while working on films. 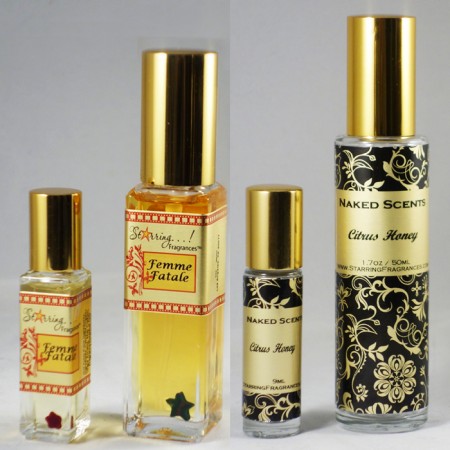 As an actress I had spare time, and soon I found my love of crafting perfumes beginning to grow.  I began mixing my own perfumes after finding a lack of fragrances that were natural but still had the glamor and appeal of retail scents.  I started my own perfume line, Starring Fragrances, (a shout-out to my acting career), selling them online and to retailers, such as Whole Foods Markets.

I found myself at a crossroads: I enjoyed acting, I loved my perfume business, and I was craving to deepen my education in psychology.  At a glance, these all seem like dissimilar interests.

To me, however, there is one very strong thread running through them – individuality.  Actors take on other personas when playing a role, but how does one stay connected with their own internal world and self expression?  My perfumery became an outlet of expression for me, I focused on customized scents and offering perfume parties where guests can try their hand at crafting their own unique fragrance.  I was fascinated by the choices people made, the memories scent evokes, and the personal story one’s scent could tell.  I decided to return to school to begin to dig deeper into these threads of psychology, scent, and persona.

I earned my master’s degree in psychology and am now a doctoral candidate in progress earning my PhD in depth psychotherapy.  My current research and publications have been about the psychological experience of scent.  With this new path emerging, a psychological journey for self expression, I found myself shifting away from my interest in on-camera work.  Keeping with my history as an actress, I began to see a need for caring, deep therapeutic work that catered to one’s individuality. I am now in private practice as a pre-licensed therapist specializing in working with actors and other individuals.  So however you express yourself, through your craft, through your perfume, or through your personal psychological identity, I hope you continue to be proud of who you are and to pursue your own path.

Sorry, the comment form is closed at this time.